Some accomplishments in Hebrew

I have been giving directions to a number of cars that stop and roll down the window.

- That I can direct Israelis, both Guy and others, from one spot in the city to another shows that I actually live here and have ownership over it. Earlier tonight, somebody stopped right by my apartment in Katamon and asked how to get to Tel Aviv. Three lefts and straight until the city gates, if you're curious.

- In Bible class, right at the beginning of Monday's session, an Israeli woman in the back told the professor to slow down a bit. I honestly can say that I was staying up with the class.

- In philosophy on Wednesday, the teacher lamented that because there is no Hebrew translation of Levinas, he would simply summarize the points, because his "accent in English is even worse than it is in Hebrew." I raised my hand an exclaimed that I have been working on my American accent and would be happy to read.

Not as many laughs as I was looking for. Microphone wasn't on, I guess. They proceeded to ask if I was going to simultaneously translate Levinas. So much for jokes.

And with that, here are some pictures that Kuppy took from the Mosh concert. Talented photog. 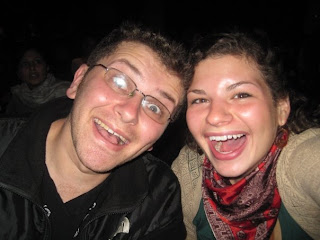 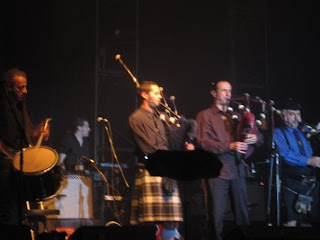 The night started with a group of bagpipers winding their way through the crowd. 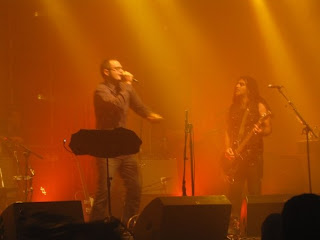 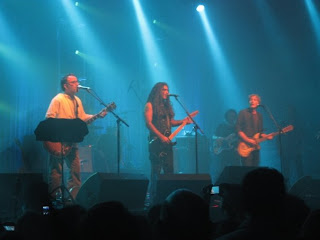 Ehud Banai, Mosh, Barry Sakharof. When the icons of Israeli rock show up to kick of your new album tour, you know you've made it.

You also know you've made it if people turn your name into an adjective. 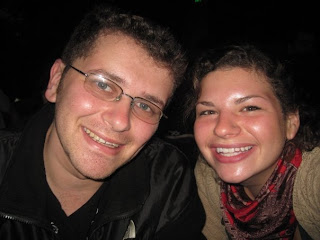